After 3 weeks of travel, 3 months of training and one and half years since being offered the chance, I arrive at my new home, Halley 6.

Our ship arrived during the day to a part of the ice shelf known as Creek 3 where there is a natural ramp down from the ice shelf to the sea ice. We tried earlier in the day to get close to our preferred landing site, N9, but were turned back by thick ice we couldn’t break. At Creek 3, we moored onto the sea ice side, held in place by ice anchors, and after very little time we disembarked from the ship, leaving it behind.

Halley is near the coast, but isn’t on it – it was a 35km drive inland to get there. We were picked up by a vehicle – the first of many to drive out from the station to meet the ship. For people transfers in Antarctica, BAS use a Sno-Cat, which is an oversized, tracked jeep with a large seating are in the back and a roof rack full of stuff that makes it look like it belongs far from civilisation: 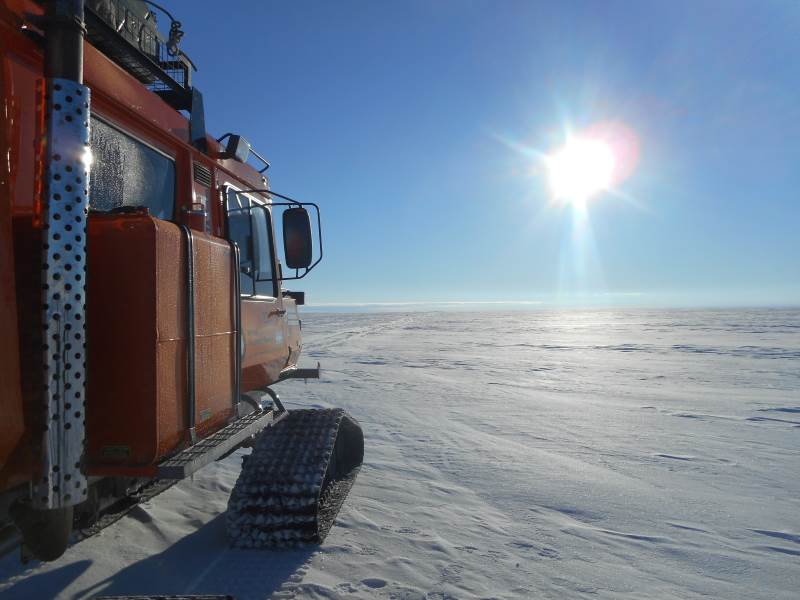 The surface is rough, so this journey took just over 2 hours to make. The sun you see there is roughly to the South – unusual when in the Southern hemisphere – because we were making this journey at midnight. When I took this photo, we were about half way and we could just see the first outline of the base’s buildings, including the iconic modules. The weather at the boat was dark and cloudy, but there clouds parted as we drove and we quickly were basked in inviting sunlight.

A bumpy and excited hour after this, we arrived at the station – the furthest I’ve moved house yet. 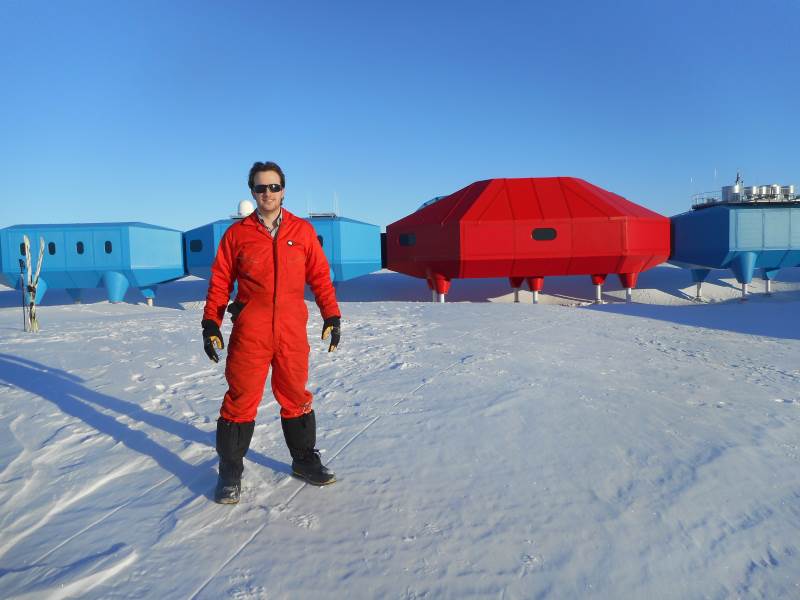 First impressions of the base:

Time to settle in, unload the ship and find out about this new home of mine…