Just before St Patrick’s Day, there was a large solar storm. The largest for years. The Sun sneezed, and a few hours later Earth was bathed in high-energy solar particles. So far, this sounds like the opening scene of a poor science fiction/disaster movie. Most of this particle shower was absorbed by the Earth’s magnetic shield, but here near the poles, where the magnetic field “comes down” into the planet, these particles reach the atmosphere. When they do, they strike atoms in the high atmosphere, making them glow brilliantly, and we are treated to nature’s interpretation of neon lighting – an aurora.

The first time we saw it, it was subtle. It resembled a cloud – a faint whiteness on the darkness of the night sky. Looking at it for a while, letting our eyes adjust, we concluded that you don’t get white clouds in the middle of the night, because it’s night and dark. This was something else, and we could make out colour – a tint of green. It was vague but it was there.

We’ve had quite a few night since St Patrick’s Day where we have seen this phenomenon. Two nights have been particularly stunning and these nights were able to do what nothing else so far has managed to achieve:

On these nights, naturally, I took photos such as this gem: 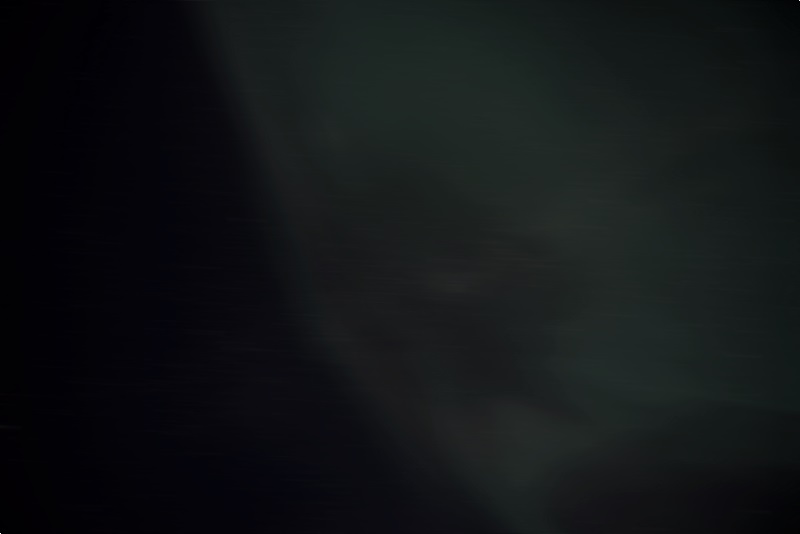 Fortunately, my comrades here, armed with better cameras, better skill and better patience, had more luck. These two, from Base Commander Tom, show the beauty of what we saw: 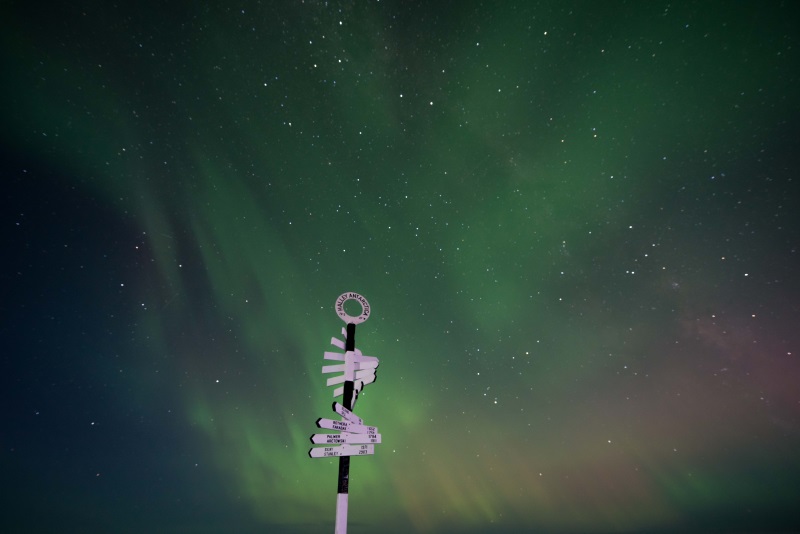 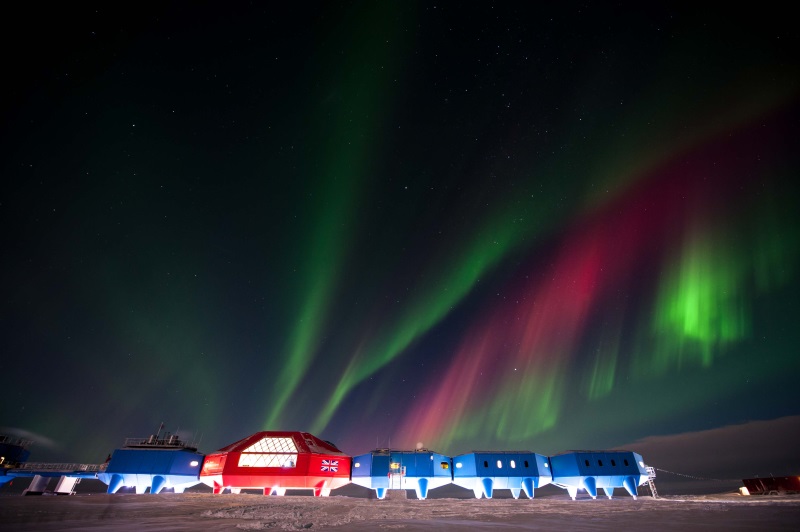 They’re hard to describe. At first glance they are like translucent, coloured clouds. Then you notice their form – they are ribbons, mostly, snaking across the sky. Many of them look like they are two dimensional structures, bands with no width. They appear static, but – much like clouds – if you look away and then back again they seem to have changed somehow. This change is usually slow and unnoticeable, but occasionally you get pulses of activity, a dance, where they change in the blink of an eye.

Of course, they do so entirely silently. It’s eerie how silent they are. They certainly deserve an orchestra, or at very least some Explosions in the Sky.

To richen the experience, on the first of these nights while we were lying in the snow just outside base, we also saw numerous satellites whisking across the sky, an Iridium flare, a meteor and a galaxy.

The second memorable night occurred when there was a bright moon up. It was weird – I always thought that aurora only occur in the darkest skies. And here we were, looking at them in a sky flooded with moonlight and clouds. Again they danced for us and again we got cold backs and bottoms watching them. Pete took this somewhat surreal photo: 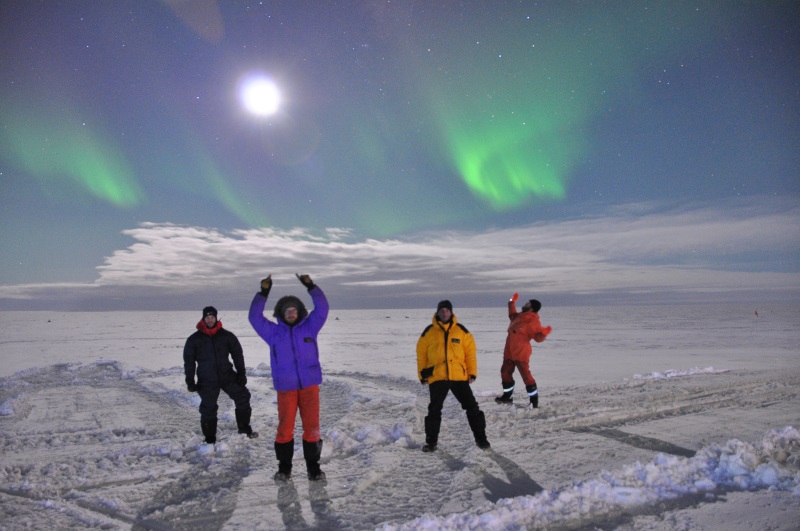 We haven’t seen any more major displays since but they are happening – we can see on our instruments that are watching the sky that there is magnetic and ionospheric disruption. These occur when we sleep or when cloud is abundant. But certainly many more performances are scheduled, especially that since tomorrow we will see our last sunset for some months. 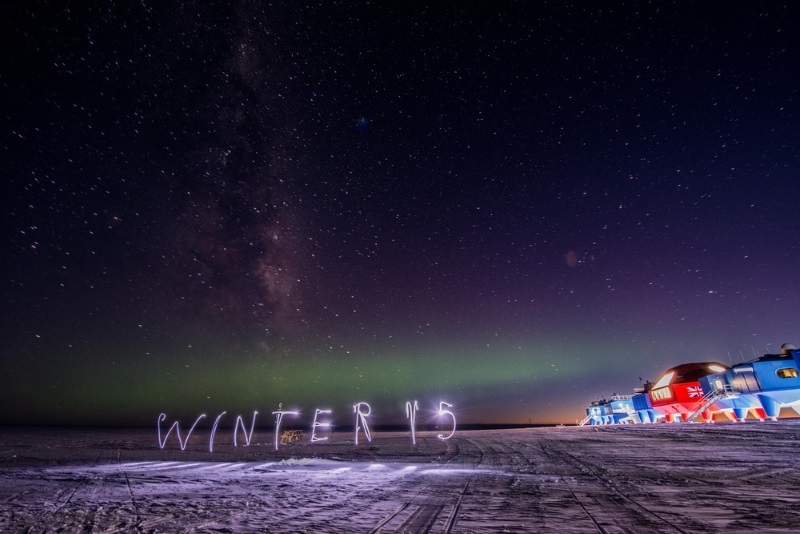