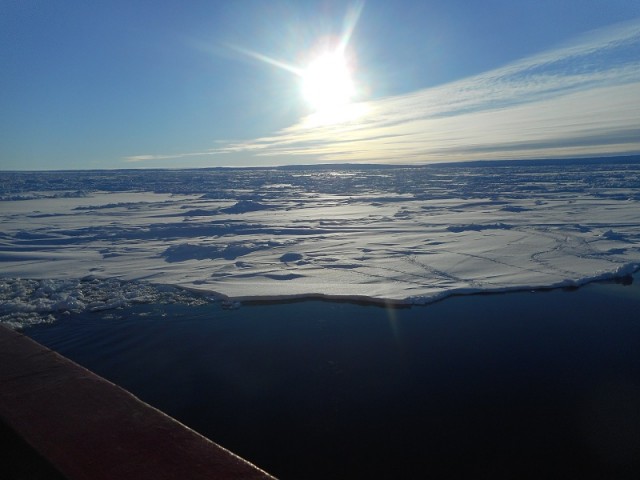 But under very different circumstances those expected. Today I set foot onto the Antarctic  ice for the first time, but not where we wanted to. We are 200km out from Halley but the sea before us, around the Stancomb-Wills ice shelf, is too thick for us to penetrate. So, our Captain decided that if we were going to sit around and wait, we might as well do it on the ice rather than stuck inside the ship. So, with little fanfare or even announcement, they sent a landing party to check the ice, put the gang plank on and let us free onto the sea ice! Those who were asleep at the time this all happened were surprised when they woke to see people running around outside their portholes. The landing party were the first on, lowered in a flying basket, to check the ice strength. In theory, they do this by poking the ice with sticks but in practice the stick, I think, is just for appearances – the real test is them walking around and not disappearing into a hole. 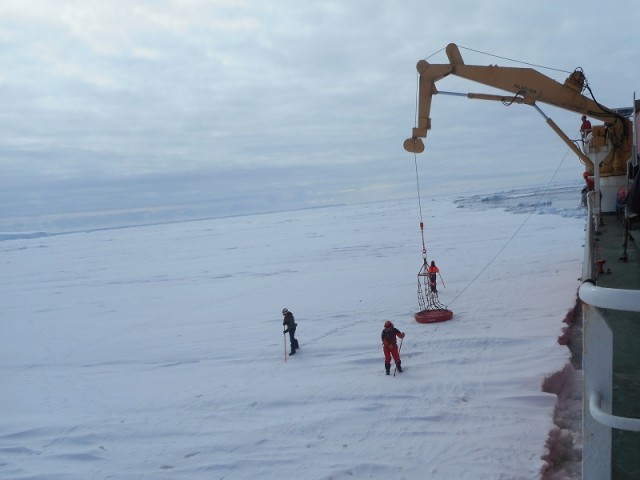 We will be late to Halley – no sooner than the 26th. We could cover the remaining distance in 12 hours if conditions were good. An aircraft flew out yesterday from Halley to see us and get some aerial imagery of the ice ahead, but all it could see for 50km was ever-thicker ice. Given we’ve had a slow time the last few days, advancing only 20km or so a day owing to the thickness of the ice, the navigators felt that it would be a waste of fuel to try and push through. We are now waiting, stationary near the ice shelf, for winds to come and break up the icepack. At the moment the wind is a calm 4 knots, which is quite pleasant if frustratingly useless. The aircraft also took this photo of us, showing how small we are out here… 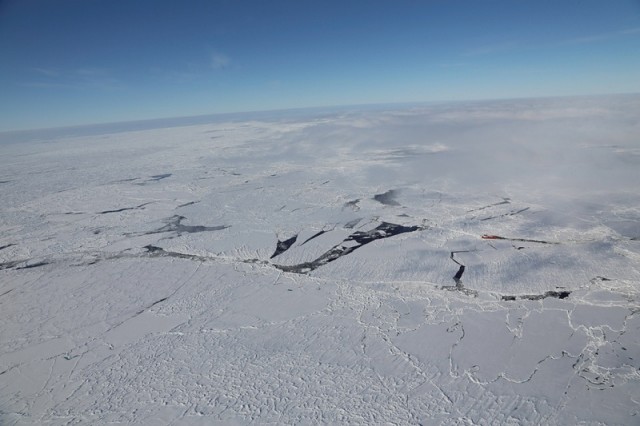 So on to the ice we stepped, all of us, as an unexpected Christmas day present! Walking on the sea ice is no different from walking on fresh snow anywhere else really, except that it is surprisingly uneven. Some footsteps land firmly, others sink half a metre in. There’s maybe a metre or two of solid ice below us, topped with perhaps half that of snow of various packednesses. After a few minutes we organized a game of football – made difficult by heavy footwear, frequent holes in the surface and the physical performance of players who have spent the last three weeks eating and little else. 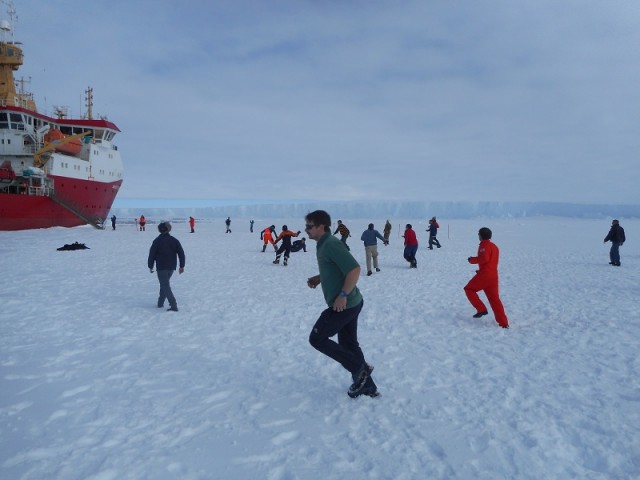 Play was also interrupted by the appearance of various waves of penguins. First some Emperors slid by. Then some Adelies would wander up. They’re curious critters, penguins: their attitude varies between indifference and curiosity. They don’t show fear, but perhaps have an element of hesitation when they start waddling close to large groups of humans and the giant red whale they arrived on. 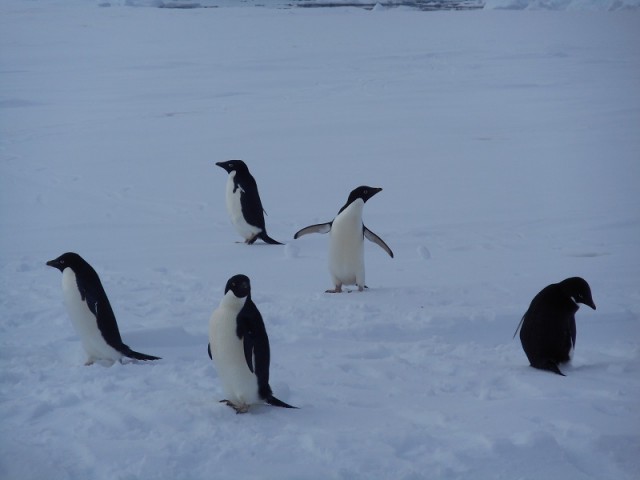 Talking of the giant red whale that we arrived on, it was kind cool to see our ship from the outside. It hasn’t changed much, fortunately, from when we boarded. Still the same shape, despite the amount of ice it has ploughed through.

After the football and the penguins we embarked on a short hike to investigate a large blob a little further inland. We got there easily, and discovered the blob to be a huge Weddell seal, lying motionless on the snow. We concluded it was dead, and changed our interest to this guy who had followed us when we started walking: 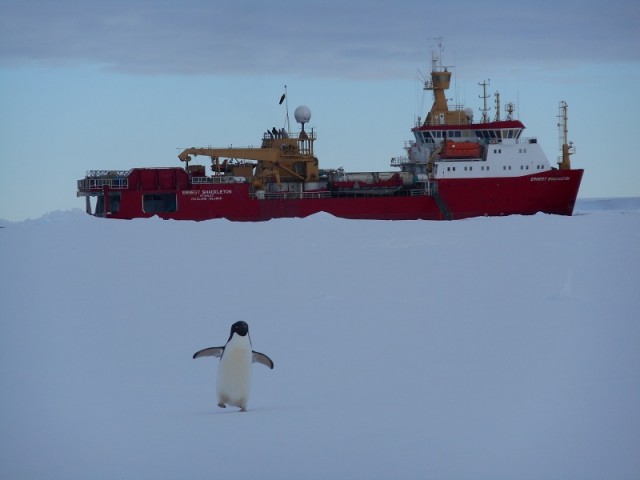 Later groups to walk up to check the blob reported that the blob was no longer there, indicating either that the seal was less dead than originally thought, or that we have discovered a new species of Colossal Invisible Antarctic Vultures in these parts.

Now we are all back on the ship for the night. I can say we’ve had a most remarkable Christmas day, and a most decidedly white one.