A few of the people who have emailed me lately (thanks!) have expressed concern that everything I’m doing out here seems to be fun and games, with trips and flights and ship cruises. While these are fun (and there are games), I am also have a job to do. Over the winter I’ll detail a few of the things I’m looking after but today I wanted to share a bit of the glamorous work I do here.

You may wonder what happens when 50 people in a base in Antarctica go to the toilet, cook and shower. All the drains have to go somewhere. At Halley 6, it goes, after some fancy biotreatment, here: 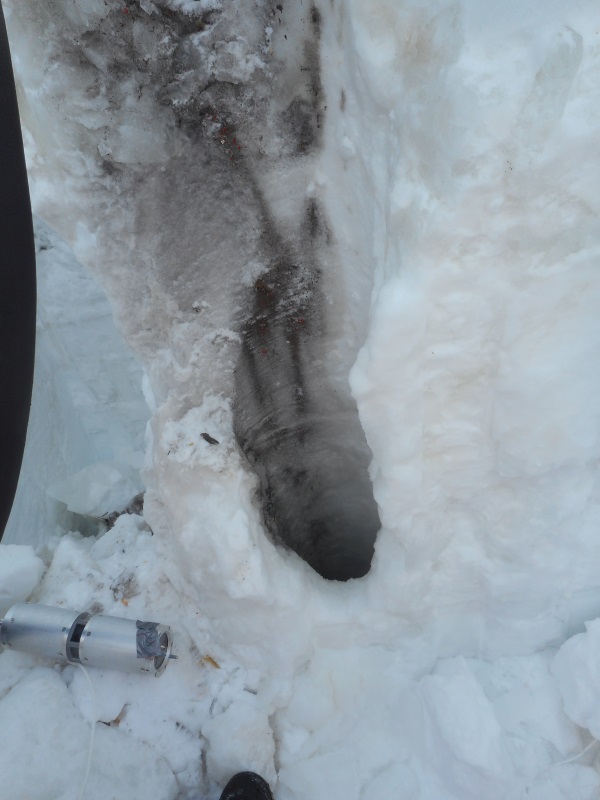 Yup, into a hole in the snow. The hot liquid poors directly into the iceshelf, melting its way down tens of metres. At some point, it stops and goes sideways, melting itelf a cavern we can an “onion” (owing to its supposed shape). We didn’t know much, however, about what it was like in this onion, so a specialised camera with a LIDAR attached was sent this summer to investigate it. I was assigned the Preliminary Onion Observation Project effort and one morning we sent the camera into the hole. 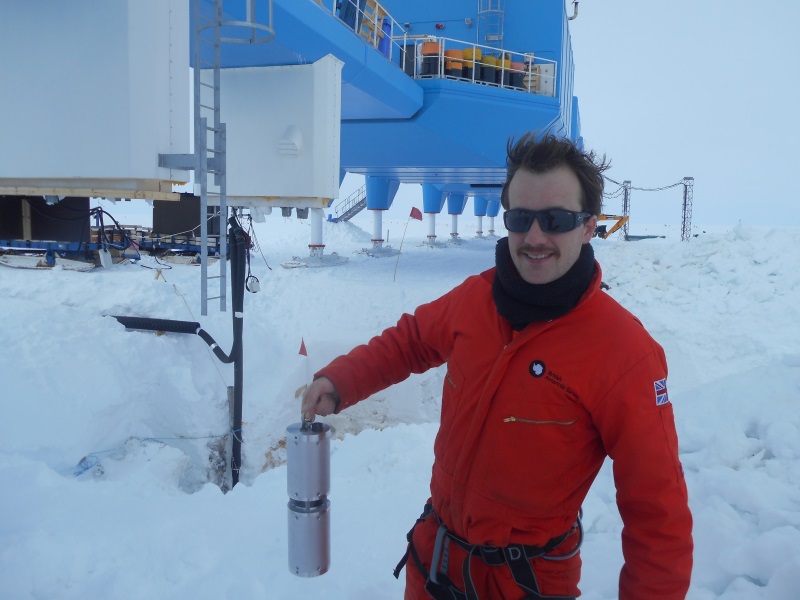 As the Special Hole Investigation Team head, I was responsible for lowering it into the onion, trying to work out when it hit the bottom and then haul it out. Of course, after having descended deep into the sewage inside, it came out it much less clean than when it went in…

You want to know where all our stuff goes? It goes here:

This particular onion is done now. It has been sealed and a new one started. This one will freeze, compact, and one day will drift out to sea in an iceberg.